The 13 Faces of The Doctor: The Eighth Doctor

The Eighth Doctor... The last of the Classic Doctors, and he pretty much got one night only.

After 7 years, The Doctor was back... and on American TV (which was... odd.) ... And to be utterly kind, the Fox back door pilot of 'Doctor Who' was a bit of mess. The call backs, the bad acting, the weird attempts at humor, Eric Roberts as The Master (choke!), the idea of a half human Doctor (gah!), the wig... were all fandom with gun to head eye popping nerd-rage bad. The only good thing at the center of it all was Paul McGann playing a more curious Byronic Doctor (plus the new design for the TARDIS interior... which was pretty fantastic.) ... and then there was the whole romance thing (which became all too common of late) that left many scratching their heads and looking like a dog shown a card trick.

But the pilot went nowhere (which may have been a good thing)... so Doctor Who sunk back under the waves to sleep again (for another 9 years.)

... and in-between that, (along with the Big Finish audios) we had the BBC novels. Yes, I followed them as well. On first reflection, I would say that I did not enjoy them as much as the Seventh Doctor Virgin novels... but then looking back there was the ideas of Dark Sam, Living TARDISs, The Faction Paradox, The Time War (yes, it was first referenced in the novels, years before the TV show and much more interesting), a ruthless Lord President Romana (in her 3rd incarnation), Compassion, Sabbath, The Remote, all of the Matrix being downloaded into the Doctor's brain... all brilliant.

And then, with the advent of the new BBC show and a new Doctor, the Eighth Doctor went away... The new show started fresh, so there wasn't even much of a passing reference to the Eighth or any of the Classic Doctors.

(and yes, I based this illustration on that version of the Eighth Doctor. I did not want to have to draw that original wig... shudder...)

"I love humans. Always seeing patterns in things that aren't there." - Doctor Who (the Film), 1996 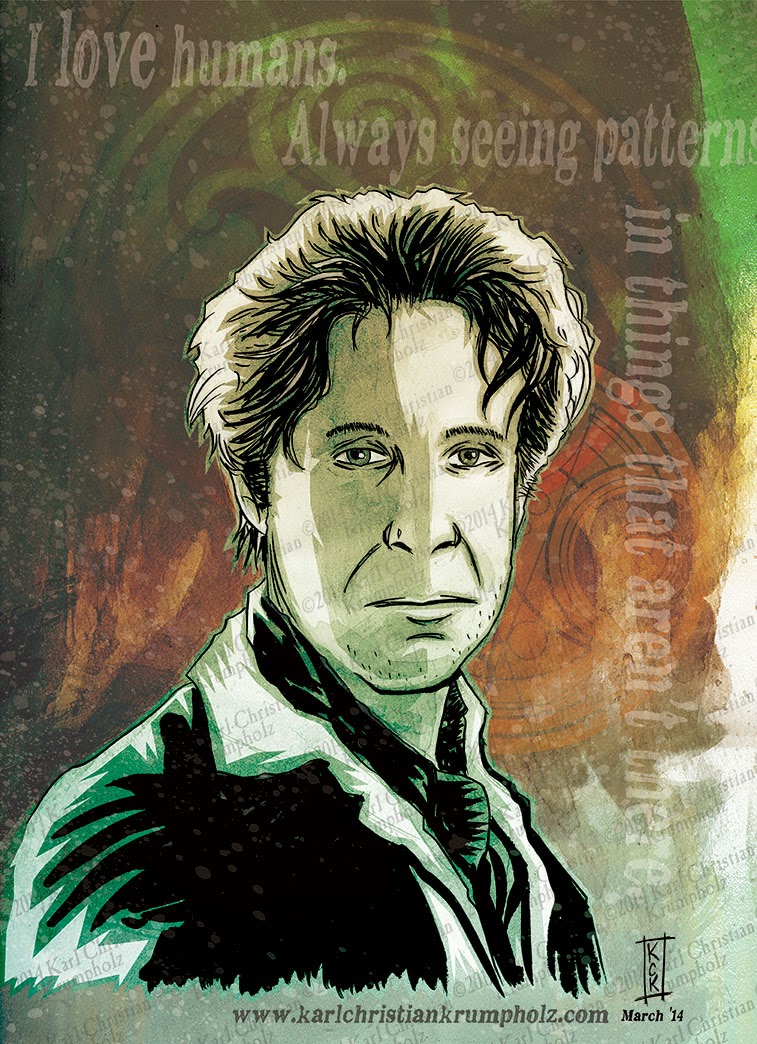 Posted by KarlChristian at 9:38 AM