A priest, a rabbi, and a pastor are sitting in a bar across the street from a known brothel. As they are sipping their drinks, they see a rabbi walk into this den of iniqity.

"Oy! It's awful to see another teacher of the Torah give into low desire", says the rabbi.

A short while later, they see a pastor also walk into the bordello. "My my my... It's terrible to see a man of the cloth give into such temptation", says the pastor.

Even later, the trio see a priest enter the brothel. "Well, it's so nice to see the ladies, who've been used so poorly, have time to confess their sins," says the priest.

Is it a good joke? I thought so, but then I have a brain that can maybe hold about three to five jokes at a time, the shorter the better ("Nuns do it out of habit" still makes me smile, but then I was raised Catholic.

Which brings us to this week's 30 MILES. Yes, this actually happened at the World Famous Lion's Lair.

Musical accompaniment! (which she requested and I don't see as any sort of 'happy' song) ... and three, two, one.... GO! 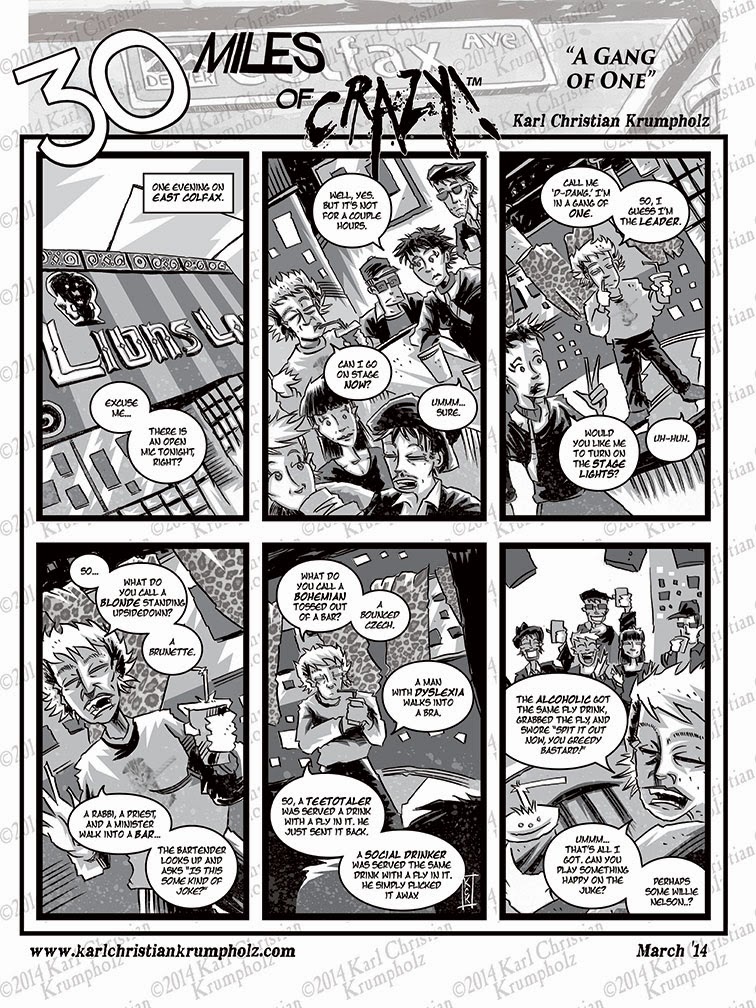 Posted by KarlChristian at 8:00 AM